Cone and pintle belts are used for the processing of potatoes, onions, flower bulbs and other root crops. 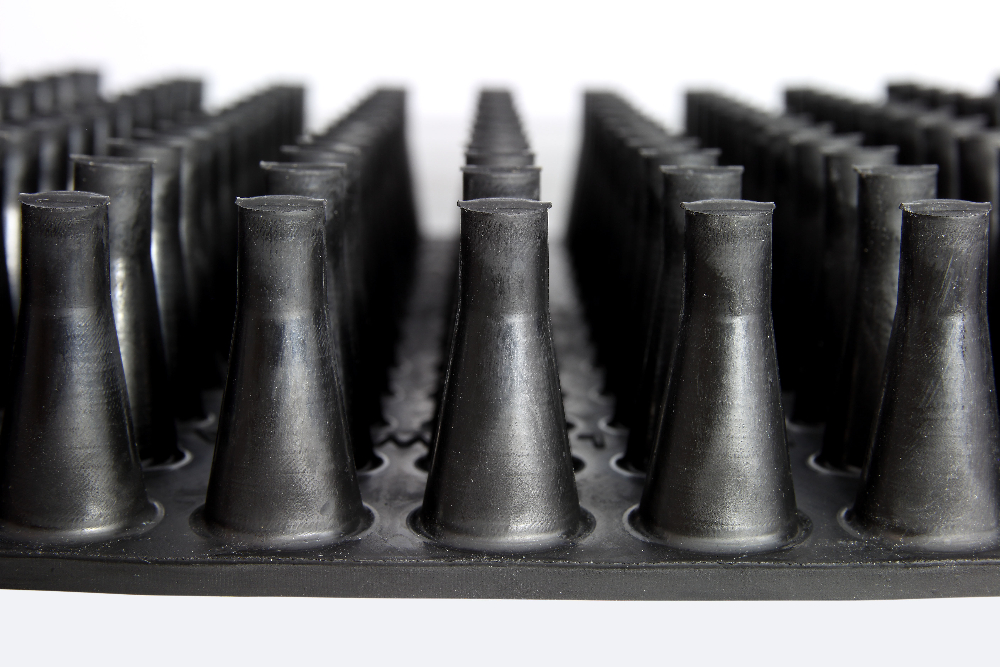 Wellwaij Cone belt
The Wellwaij cone belt has a rubber cone profile which is both rigid and wear-resistant, but product friendly as well. At the separation roller the profile absorbs the pressure of hard clods and stones while the potatoes are smoothly conveyed to a box or to the next conveyor belt. This vastly reduces the risk of product damage.

The cone belt consists of a rubber mat fitted on a PVC conveyor belt. An important advantage of this, in comparison with the traditional cone belt with bars, is the fact that there will be less pollution in the environment around the machine. The crops will leave the belt while foliage  and debris will remain in the profile. On the pulley the profile opens up itself and will "discharge" the pollution at one place. The rubber cones are placed 'in line', which makes it easy to remove any dirt with a comb or brush.

More information can be found in the brochure ‘Wellwaij Cone Belt’ 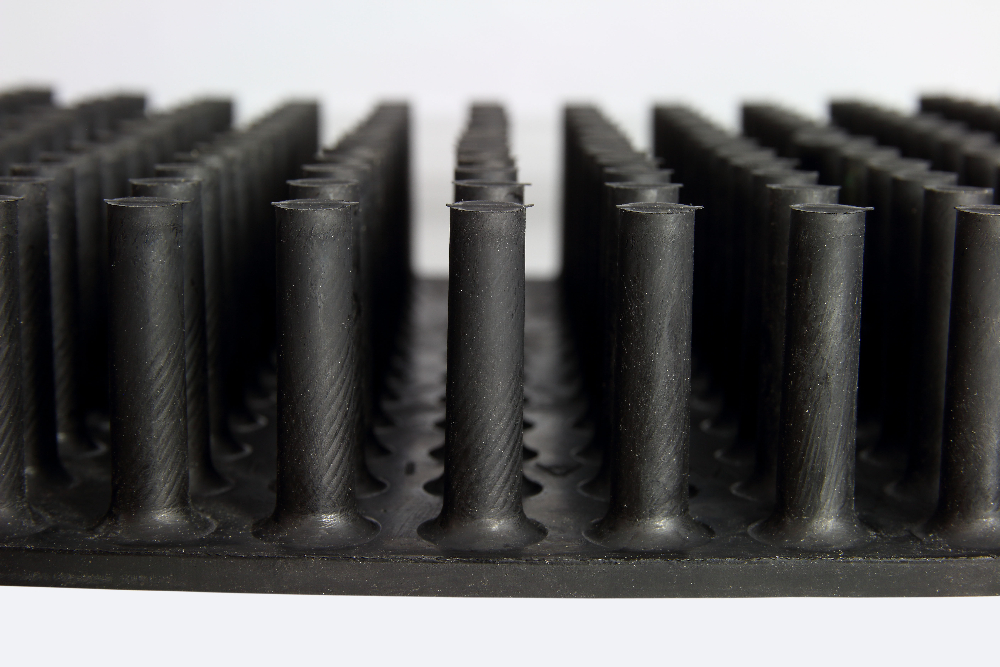 Wellwaij Pintle belt The Wellwaij pintle belt has been developed for professional clod separators for flower bulbs . The rubber profile of this belt is a little finer than the cone belt and the studs have a cylindrical shape. By rotating 2 pintle belts above each other at different speeds, the bulbs are cleaned and polished and the small bulbs are rubbed off the larger ones.
The spacing of the studs makes that small bulbs do not easily fall  between them. Because of the shape and the hardness of the profile, the risk of product damage is as small as possible. And because the pins are placed "in line", the belt can be easily cleaned with a rake.

Wellwaij Mini-Pintle belt
The mini pintle belt is, as the name says, the little brother of the pintle belt. This belt has an even finer profile than the pintle belt. The studs are made of a wear-resistant rubber (55 Shore A) which have a cylindrical shape and are placed in a staggered way.

The mini pintle belt profile is mainly used in the agriculture. It has a polishing functioning and is developed to remove small pieces and waste from a flow of products. Therefore, these belts are widely used in sorting machines (web- / roller sorters). In addition, this profile is also used as pulley covering material. 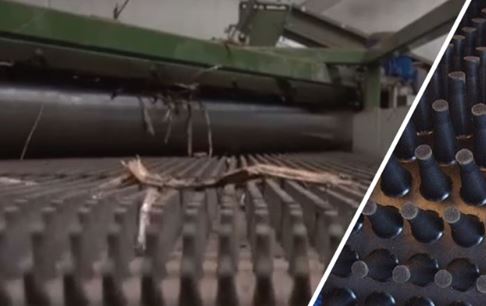 Copyright 2021 Wellwaij Belting | No rights can be derived from information, tools, etc. that are available on this website.
Disclaimer & Privacy statement